Pokemon HeartGold is often lauded as a prime example of a good Pokemon remake: it kept true to the original GameBoy Color game Pokemon Gold, while adding in new non-intrusive elements that helped bring the games into the modern era. It was originally released in 2010, shortly after the release of Pokemon Platinum in the US. HeartGold is a part of the fourth generation of Pokemon games in the DS era. As it is in the DS, it makes use of both screens for gameplay, though mainly only the top screen is used with the bottom screen being primarily for menuing.

Both HeartGold and SoulSilver are set in the Johto region, with the Kanto region being unlocked after the main story of the Johto region is completed and the Indigo League for Johto is beaten. The games feature all 493 Pokemon that were released up until that point, and every one of them can follow the player if set in the upper-left slot of the party. They are also interactable, giving the player a little moodlet showing how they're feeling or an item if interacted with.

You play as a young trainer who has newly received their first Pokemon: your choice of the grass-type Chikorita, the fire-type Cyndaquil, or the water-type Totodile. Your initial mission is just to beat the gym circuit and Pokemon League, but Team Rocket has come back from its beating two years previous in the gameverse and is back to its old antics. Your job is to stop them while still keeping up with your League journey.

Paint is an OC trainer of mine, whose reference I will put here at a later date! Long story short: He was raised in the wilderness by wild Pokemon from a very young age, and as such is a bit on the wild side. His best friend is a Totodile named Tevris, who has been his partner for years. Paint is about the right age to begin his journey proper, and with the help of his adoptive brother Gold and his mother, he'll do just that! 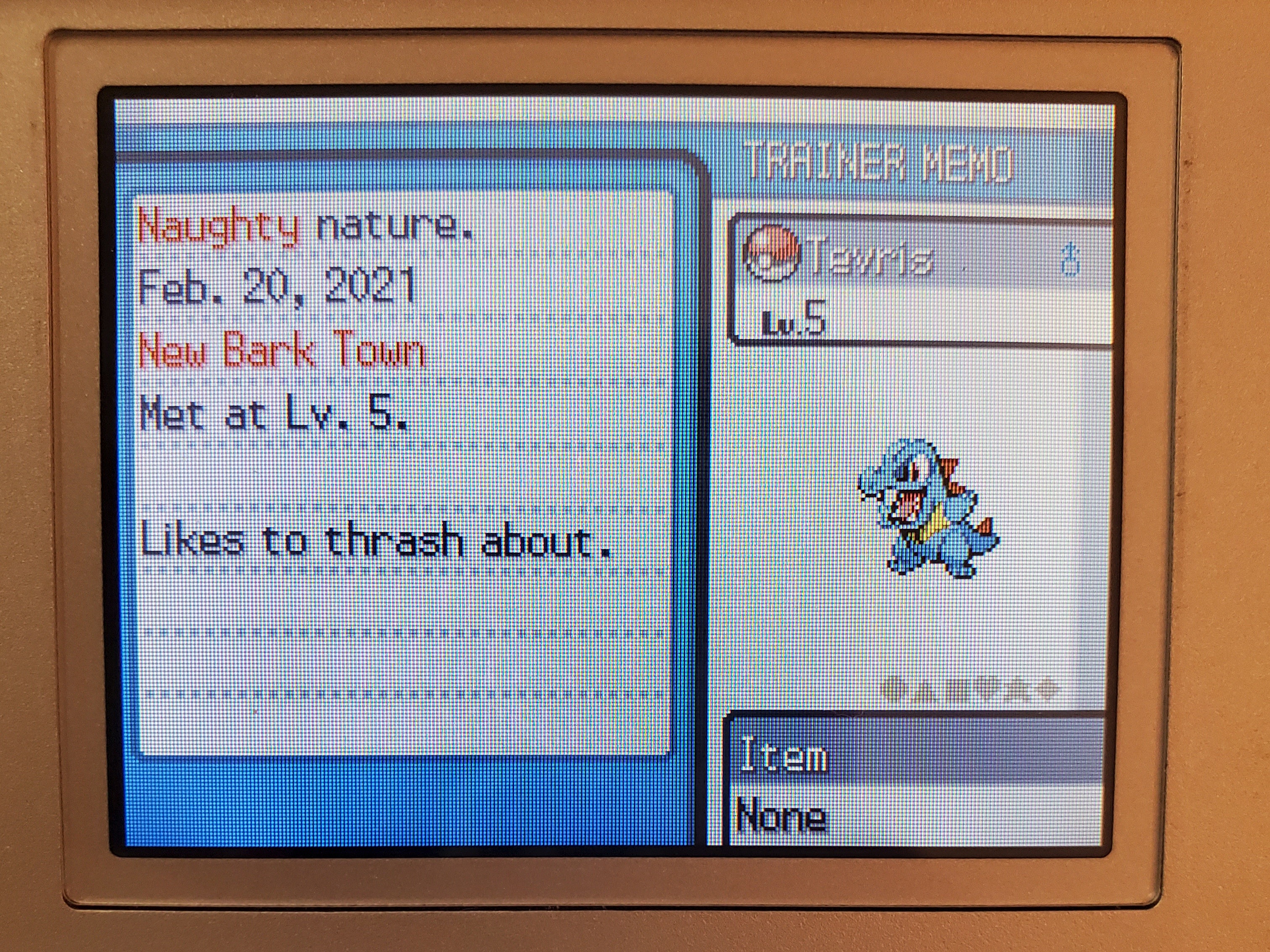 Here he is- Tevris! Paint's main companion and best friend, this little Totodile is an absolute rascal. He loves nothing more than to cause problems with his best buddy Paint, and they're thicker than thieves.