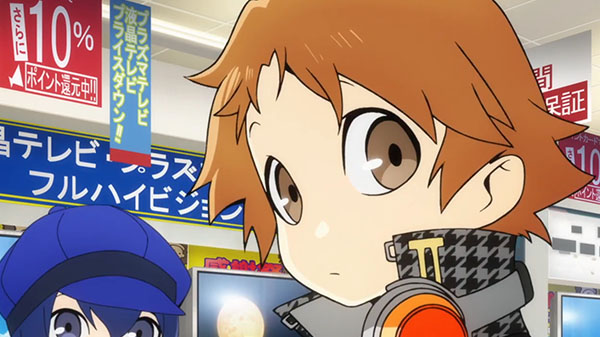 yosuke hanamura is a character from the video game series Persona, specifically Persona 4. he's of the magician arcana, and is one of the first people to befriend yu narukami, the protagonist of that game. he's shown to be overly friendly and kind to others, even if he has a tendency to stick his foot in his mouth and say things he shouldn't. though initially he resents the town of inaba, with the help of his new friends he grows to love living there.